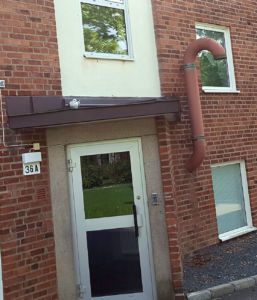 Whilst the lot cheer as the spring arrives because its approximation heralds renewal of the land, an end of the cold days, few notice its final days. Traditionally it is the 21st when summer arrives which makes June 20th the last day of Spring. This would make me a late Spring child if you will. Leaving that aside, most people, however, are more hyped about summer than reminiscing about a passing Spring.There is, for example, Walpurgisnacht which is celebrated widely across Europe and other countries judging by Wikipedia or the celebration of Midsummer but not an official end to Spring.

I take joy in observing the small changes these days. I used to notice the arrival of Spring by the arrival of the inland seagulls. They arrive in my neighborhood, or neck of woods, which I took it upon me to use as a sign that Spring was here. Not everybody liked them though, take Astrid Granberg, a Norwegian old lady who before we decided to put new windows that shut all outsides noises decried more than once that the shrieking of the seagulls woke her up too early. This particular year, however, I noticed a pair of seagulls, whose courting am certain I was an  accidental observer to, set up a nest on top of the entrance to my housing complex. I though it was ill advised of the fowls to make a nest on top of a copper roof. I worried somewhat and didn’t think nothing would come of it. The days came and went and a few times as I came back from work the shriek of the seagulls reminded me of their territorial claim as I chained my bike and headed to punch in the numbers to open the door of my building. As one of them (mother? father?)  shrilled to warn me or to scare me, eitherways, I got the message and proceeded to talk to them in a low murmuring voice: yeah, yeah, I know. As the days passed I accepted that they were nesting and nurturing so I avoided looking at them directly because, the shrills. Something was going on. Before I knew it three chicks scurried about the copper roof as they waited to be fed and shortly thereafter I even witnessed their descent from the roof to the ground. I even once accidentally almost killed one I think because as I opened the door one early morning not too many days ago, a chick got caught in my absent-mindedness and if it weren’t for the small shrill the ill-fortunate lad let out I would have not noticed the chicks still weren’t comfortable enough to leave the nest area, or the thereabouts. I later noticed that only two were left and asked what happened to the other. I thought it got ran over but later the culprit seemed more likely to be a cat since I heard the shrilling of two parents once chasing a collared feline. The cat hid under a car to avoid the anger of the pair of seagulls. I’ve no proof the cat did it but it seemed at the time it was the most likely source of the disappearance of the third chick. All I know of them now is that they have moved on since I haven’t gotten a glimpse of them to this very day.

Time lapse of a dandelion

It has always surprised me that there is something white fluttering

about the air in Sweden. Just this morning I was in awe again. The dandelions let themselves be taken away by the early morning mild sirocco winds and the garden was afilled with the flying seeds of the dandelions. A million whishes floating to their destinies or white stuff in the air again, I couldn’t make up my mind. I wanted to take a picture of it all but the time lapse wasn’t in my favor, besides, I don’t have the camera for it eitherways, it’s a futile experiment. So I let my eyes enjoy a tad what was happening as it occurred. Such a delicious idea.

I then went about the chores I knew I had to do: clean, read, finish what I started, as if.

This entry was posted in Lecturas, Suecia. Bookmark the permalink.
error: Content is protected !!