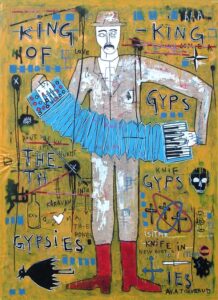 I don’t consider myself a man of God though I like to think that whatever communion I hold with higher powers at least is in the vicinity of God. Though I haven’t specified what sort of God you and I tend to think of the same God, this is English and English speaking people, for the most part, where I come from anyways, tend to worship the Judeo-Christian deities.  Though I don’t like to think of those deities in that religion as deities I worship I often find myself prey to their old rhetoric and certainly my background is afilled with rites and traditions having to do with what is known as Christianity. While I pray and talk to a God this God is a close relative of the Judeo-Christian variant. I believe there is a higher power which more oft than not nourishes or finds nourish in the old Luther variants and the old Catholic faiths.  No matter what I do and think, when I connect to a higher power, the old forms of addressing the Gods reenter myself. Suffice to say, I can’t rid myself of my Christian background no matter how much I rationalize my relation to God by denying Christianity altogether.

I am brought to this soon to be baptized as an old personal conundrum of mine because, here in Sweden, at work, there is this man who is a practicing Christian. He recently engaged in an act of charity that has left me quite baffled and thinking about my own charity activities. This person at work gave money to a couple of gypsies, or Romani as they are known here in Sweden. I’ll just let all your prejudices run amok while I get to what I am saying. So, I was introduced into the picture because these Romani people had difficulty in speaking Swedish and the man in this pair was able to speak Spanish due to several stints in Spain. I had seen them before in the town. I often saw the man playing accordion music coupled with a deep hollow look in his face while I was on my way to the liquor store, systembolaget, as it is known here, and at other times outside the store where I buy my groceries. He made his living by playing the accordion hoping some kind souls would throw in a coin or two into his hat. This is easier said than done because in small suburbia Sweden this sort of pandering is often the cause of perplexity and amazement more than an appeal to charity. This tends to throw off realities in disarray in picture perfect socialist Sweden which prides itself of higher standards in taking care of its people. That someone would even dare to consider to play music for money and this in plain winter in Sweden is more than an affront to the senses of the Swedish. It just bodes ills and certainly the harsh winter and cold weather don’t make the heart of the Swedish people any less merciful just because someone is daring the weather to try and cash in on some easy alms specially when someone is indirectly thrashing the old Craddle to the Grave philosophy. Summer perhaps, but winter? Of course this doesn’t give the Swedes a good reputation and since many people consider the Swede as a cold being well, you get the picture. This particular type of Romani people came from a country in the Balkans and they are despised with all might in Europe all over.  So they tend to create small schisms in the daily affairs of small town suburbia here in Sweden, you just don’t do that.  Especially in small towns where every aspect of behavior is closely monitored and inspected for flaws. I kid not, this is 1984.

Not only do I cringe at the sight of accordion playing gypsies because I know Swedes will not react well to it, I associate myself to their lot because they also have black hair and are immigrants. I would not have made anymore deal out of it until X from work, the practicing Christian, asked me if I could help him as an interpreter for him. I went along and we decided to meet at his church. There they were. The dark haired and dark skinned Gypsies I had seen playing the accordion before. Now, because I have rejected all notions of Christianity in my life I am a full blown cynic. I just don’t trust people’s intentions and specially, let’s be honest here, gypsies. Boy did I have baggage there. I fought off my own prejudices and certainly I wasn’t  about to help them, it was the Christian, so what the heck. I went neutral and the doubt shadows were repressed even more further down the I gutter.

I listened and interpreted what was said and learnt a thing or two about their lot in frigid Sweden. I could not help but get a whiff of a stench that was reeking a scam a mile away. Woe humanity if I ever am in charge of pity because I had my bullshit detector on full detect.  Shame on me. I could not help draw images of what I would do where I destitute in a foreign country and basically rely entirely on the compassion and care of others though the images and perceptions of being manipulated allowed more room for skepticism than anything else. Perhaps that’s why we are drawn to church. I left the interpretation run its course. I was certainly not there to offer a helping hand more than my intellectual traits gave forth and I thought more than enough was done on my behalf by listening and letting thoughts and actions, ideas whatnot sink in. The Christian guy though had a tough cookie to chew on. He was left with the responsibility of helping the Romani people and find a solution to their economical and housing problems. Yes, they turned to Christianity to solve their problems which made me feel like a shepherd dog looking out for the lambs. I was open about my impressions and forwarded these accordingly by the way. Yes, it was another one of those open and sincere observations by cynical me.

The days marched on and snow covered the landscape with meters of the white stuff until I caught up with the Christian guy on his way to catch a train. We chatted a little and found out that the Romani people were taken by car to another bigger town up north in Sweden and not sufficient with that they payed the first month’s rent for the poor Romani accordion player guy who knew a bit of Spanish. I was frankly in awe at the leap of faith my fellow college and his church made, I certainly would not have done nearly as much. But they did.

I suppose that is the gulf that separates us, his belief system and mine which is seriously deficient in acts of charity. I have a hard time giving and furthermore giving in the name of the Lord. I wonder how is it possible to abandon the cruelties that accompany every day and how is it possible to abandon in total ignorance those acts that chip away at our own charity until we become cynics like me. No, am not about to trust people like my Christian friend did, which I said, is a tremendous leap of faith no questions asked kinda guy. Am just asking because it is certainly a hard act to follow. One must be ready to abandon this world and enter one where we are to trust blindly that we are helping, that we are not being fooled and that even if are being fooled there is a price for that somewhere.

This entry was posted in Swedish rants. Bookmark the permalink.
error: Content is protected !!